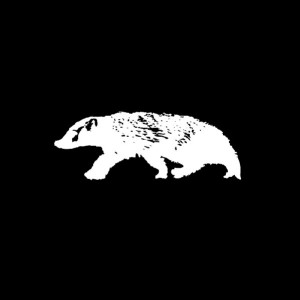 A Brief History of Band Merch

Remember the last time you found yourself in a smoky theater, waiting in the merch line with steady beats and muted music coming from inside the venue? It’s a moment of anticipation, and it should be a good experience. Buying merch has become the best way for music fans to be reminded of the one time they heard that one band play that one show.

In this sense, merchandise represents the connection that fans have to the artists they love and their willingness to support them. However, band merch hasn’t always been around, and making major money off of merchandise is an even more recent phenomenon.

History of the T-shirt

First, let’s talk about the history of the t-shirt, the integral ingredient in any array of band merchandise. T-shirts were originally conceived solely to be worn under everyday clothing – the ultimate undergarment. It wasn’t until the 1950s t-shirts became a stylish trend, with help from Hollywood, specifically cultural icon James Dean.

The music world followed the trend closely, with Elvis riding the wave to become one of the first to create merchandise. The Beatles jumped on board around the same time. Unsurprisingly, both t-shirts and band merchandise quickly became an international fashion staple.

The normalization of band merch was helped along by bootleg merchandise, which had an enormous hand in its popularization. Bands quickly realized they were losing out on significant financial returns while factories across the globe were profiting greatly by using their names.

even “Beatle Breath” (yeah…) were being sold, and the Beatles didn’t see monetary benefit from it at all. Basically, bands getting screwed out of hundreds of thousands of dollars in revenue was the beginning of the organized merchandise industry.

The ‘Digital Age’ of merchandise

The rise of the t-shirt and band merchandise coincided with a shift in music and culture in the 1960s. T-shirts increasingly became a form of self-expression, with political campaigns, the tie-dye counter culture, and band tees finding a place on them. This shift helped cement the popularity of band merchandise, solidified by an AC/DC World Tour in the early 70’s where the band brought in more cash from merchandise than they did from ticket sales.

Bands like Kiss, The Rolling Stones, and Led Zeppelin followed suit, doubling down on their merch displays. Kiss took the average merch assortment of shirts, buttons and vinyl a step further and expanded to diaper bags, condoms, and even caskets for their more age forward fans.

Band merchandise has stayed pretty consistent over the years, even while nothing else in the music industry has. The digital age of music has forced bands to reevaluate the ways they make money. Spotify, Apple Music, and Google Play offer an average payout of about $0.0047 per stream – a pittance, in some regards.

Once again, band merch may be the answer. If a band pays roughly $5 to make a shirt and then sells it for $25, that $20 profit is the same amount of cash as 4,255 streams. If bands want this consistent profit margin, they would do well to take their merchandise production and sales seriously. This means improving the systems they use to sell their merch.

The future of band merchandise

While many bands do have online stores, they often leave it up to chance for fans to find their site, want their products, and complete a purchase. In the current digital landscape, customers expect a professional experience online. Optimizing band merchandise systems has never been more important. Shaggy Badger is a merchandise management company which oversees bands’ online merchandise with professional services like online fulfillment, merch marketing and promotion, and the creation of polished online stores.

Shaggy Badger’s system also makes the at-show purchasing experience more profitable by connecting a band’s online platform to their merch table. That way, if the band runs out of a size, a fan can still purchase the product at the venue and have the product shipped directly to them. Nobody wants to walk around the venue, especially when certain substances have been consumed, carrying fragile vinyl or awkward poster tubes. Shaggy Badger can help mitigate that experience, contributing to the creation of an ethereal concert experience – a perfect night.